Anna María Farías served as the Assistant Secretary, Fair Housing and Equal Opportunity, in the Department of Housing and Urban Development (HUD) from 2017-2021. Ms. Farías previously worked at HUD from 2001-2008, serving as Senior Counsel to former HUD Secretary Mel Martinez, Deputy Assistant Secretary for Special Initiatives, Deputy Assistant Secretary for Grant Programs (CDBG) and Director for the Center for Faith-Based and Community Initiatives. From 1992-1993, Ms. Farías was a Member of the Wage Appeals Board and Board of Service Contract Appeals at the Department of Labor. Earlier in her career she worked under Secretary of Education William J Bennett from 1985-1988. From 1980-1985, Ms. Farías was an Attorney, Office of General Counsel, Merit Systems Protection Board. And from 1989-1992, she was Counsel to a Member of the National Labor Relations Board.

Ms. Farías received a B.A. with honors from Boston University, a law degree from Temple University in Philadelphia, where she was the 3rd year class president, and was a Fellow for State and local officials at the Harvard University JFK School of Government. Ms. Farías grew up in the Crystal City Housing Projects, and from 1993-2000 returned home as the Executive Director of the Housing Authority and became one of the first Executive Directors in the country that agreed to live in the housing developments during her tenure. Under her leadership, the Housing Authority received over a dozen awards from the National Association of Housing and Redevelopment Officials (NAHRO), including several Section 3 for putting housing residents to work in different construction programs. In recognition of her leadership, Ms. Farías was inducted into the Texas Women’s Hall of Fame in 2000. 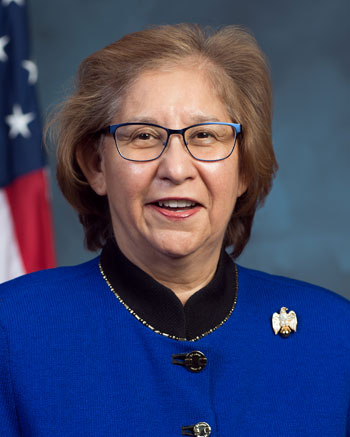